The marathon taper and some new kit

The realisation has started to sink in today that in just two weeks I'll be running my 4th Paris Marathon. It will also be my 41st birthday that same weekend. I suppose it’s one of the reasons I enjoy doing Paris as a spring marathon, it’s a beautiful city at any time of year, spring especially because of the blossoms and being milder than London.

It’s also timed perfectly having the marathon as a milestone to check how my fitness is progressing. There’s quite a bit of emphasis placed on breaking down the training into bite size chunks, you quickly forget what the bigger picture is, going through from hill training and spending time on trails to swapping it for more time on interval training, speed work and cross training.

There’s so much that goes into the 5 months of preparation it takes in getting ready for those final few hours running 42.195km, that it’s easy to lose sight of why you’re doing what you are and what impact it will have on your overall fitness. There are days you head out running like you could conquer the world and other days you doubt your ability to run a marathon at all but slowly things start to fall into place, like they have been doing recently.

I’m pretty sure I’ve been stuck on repeat recently and bugging my coach (Ben’s incredibly patient) about my marathon pacing which I seem to be missing the target on a regular basis. I can be overly critical of my training sessions, as I’m the only one who truly knows what has gone into a particular workout, so even though I may have had a good run on a particular day, if I didn’t quite perform to the expectation which I’ve set myself, everything’s a failure and I beat myself up about it. Luckily I don’t dwell on things very long and I quickly bounce back with a positive spin and use that when I need something to focus on during the next training session.

I don’t get to run with anyone much at all. I’m up at around 05:30 most mornings and out the door shortly after 6am to get my training for the day done, so I don’t have to worry about it later in the day when I may be feeling a little tired after a day at work. So, when Ben mentioned the Full Potential team were going to be out in March, I checked my diary and decided it was perfect timing for me to get a few days of warmer weather training and spend some time by the pool with other runners.

As I was only going to be in the Algarve for a few days, I decided to make the most of the time I had there and went to all the training sessions, grabbed a much needed massage, learnt some exercises and stretches which would come in useful for injury prevention, got some questions answered in one to one sessions and even learnt a few new things in the talks before dinner. 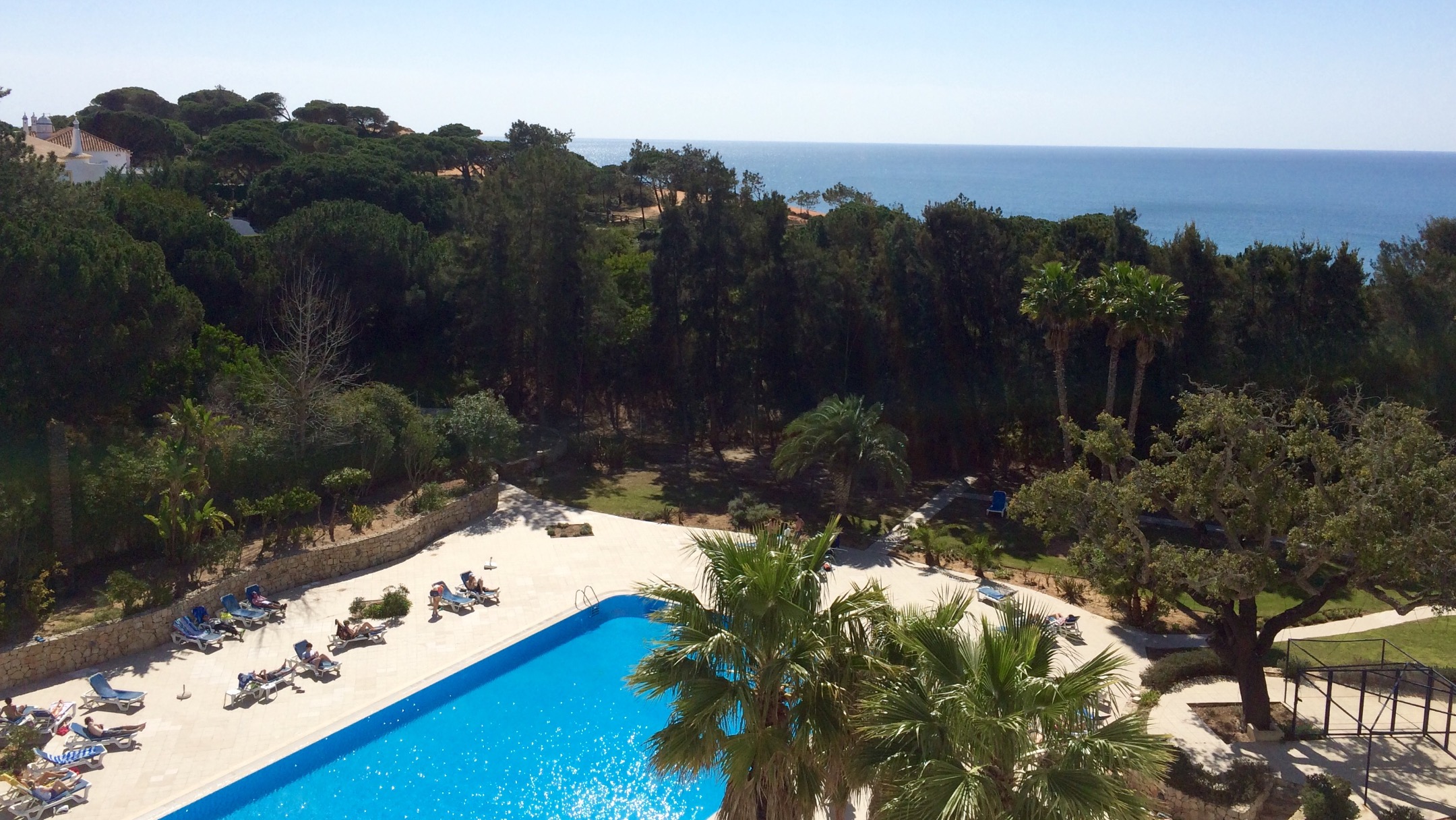 You’d have thought with all this going on, there would be little time for much else but I still managed to find time for a sunset run along the beach, as well as some quality time improving my tan whilst chatting with the other runners who were out there too.

It was a great experience and I’ll definitely be returning for some warm weather training, great local food, good company and a lazy Sunday lunch topped off with scones at the Honey Farm!

Since returning, my training plan has started me on a taper. There are still moments in my speed sessions and interval training I wonder how I’ll manage running a sub 3 hour marathon in two weeks but then there are moments like today when I head out and nail the pace I want and finish with a sense of knowing I’ll do just fine between the start and finish lines. All I need to do is keep to that 4:10 average pace and I’ll be a happy man crossing the finish line in two weeks.

In other news, I took delivery of my new Trek Madone 2.1 2015 Road Bike from Evans Cycles in Spitalfields this week in preparation for my first triathlon at the ITU World Triathlon London on 30 May 2015. At the same time, ashmei’s awesome new trisuit arrived. I had originally ordered a small (I’m sort of on the small side), ignoring the warning it came with in being an athletic fit, so changed it for a medium. 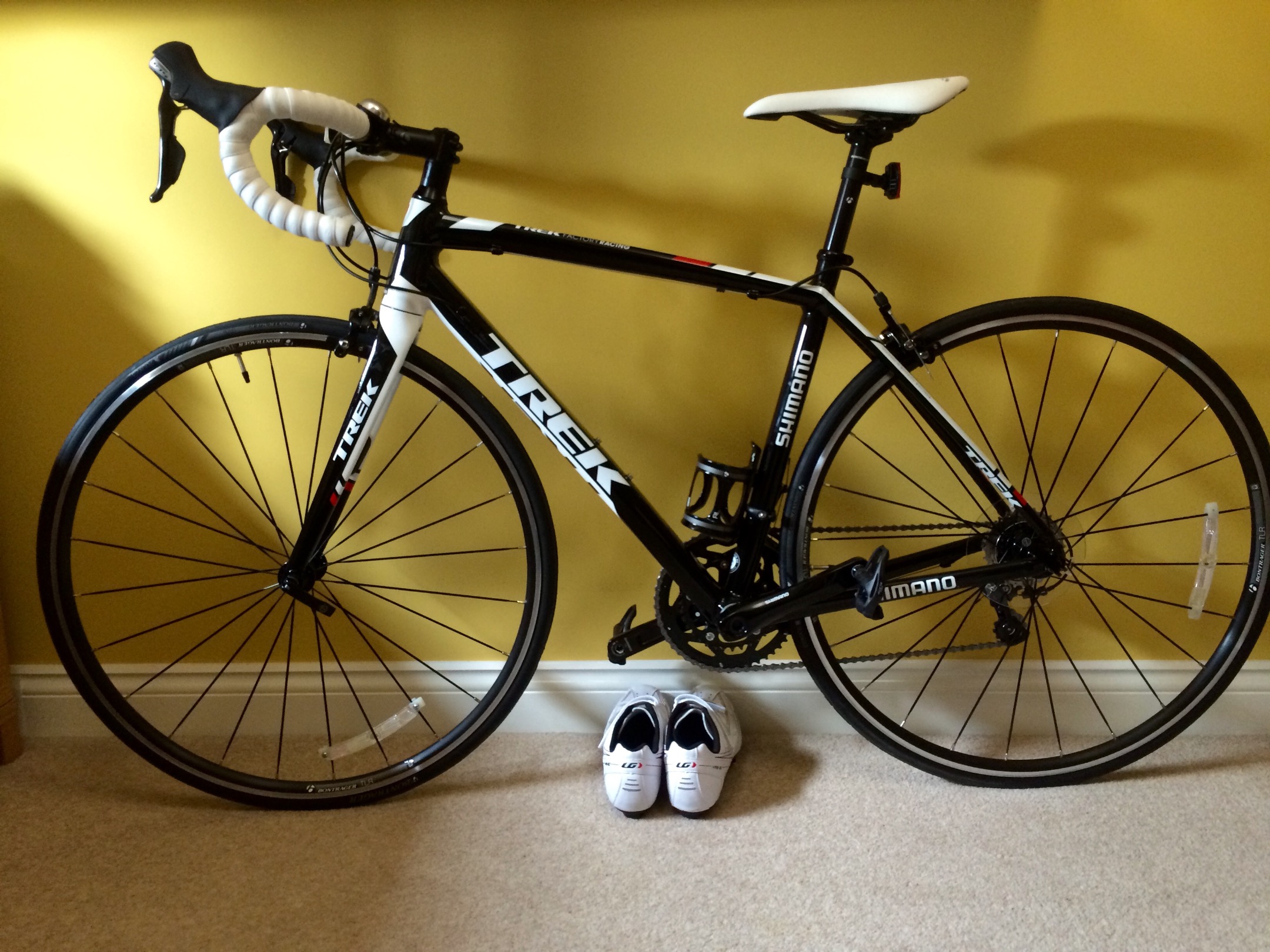 I went out early Saturday morning, wanting to miss as much traffic as possible, with both bike and trisuit, keeping out the elements with a jacket. It didn’t take me long to get through Stratford from home and moments later I was making my way through Whipps Cross and on the Woodford/Epping New Road (an old Roman Road) cutting through Epping Forest. I turned back and came home via Goldings HIll, through Loughton and Buckhurst Hill, joining the New Road again and then through Snaresbrook and onward home. It was such an energising start to the day and much easier than I anticipated escaping London relatively traffic free. Being on an open road does make quite a difference to speed from my previous cycling sessions at the closed circuit road at the Lee Valley VeloPark.

I decided to put on the trisuit again this morning, this time to see how I got on with a run in it. Not wanting to feel like a bit of an idiot on one hand and also not wanting to get too cold, I put my ashmei men’s merino carbon jersey on over when heading out the door. Cycling in a trisuit is one thing but I wanted to see how it performed in running conditions. I was really surprised at how light and well fitted it is, yet your movement never feels restricted. The chamois never bothered me once during my 2 hour run, as it’s laser cut to fit and remains dry, so you don’t get that soggy bottom feeling of sweat accumulating. Also, I noticed how light the fabric remains, as even though it was raining earlier, the trisuit remained dry and droplets of water that formed quickly fell away.

I can’t wait to try ashmei’s new trisuit out in the water but have decided that I’ll wait until it’s warmer, as I don’t want to put it into a chlorinated pool, even though I’m sure it would be fine, I’ve seen what gym and other chlorinated pools do to my swimming costumes over time and I don’t want to tempt fate on such a lovely addition to my kit.