When training for marathons and ultra trail races, it’s only natural that you need to do some cross training, so it follows that at some point you start thinking about triathlons.

Last year I did my first, a sprint distance (750m swim, 20km cycle and 5km run) and loved it, so decided that I wanted to do one or two this year. I have only managed to sign myself up to one this year, with the other races on my schedule taking priority, so I decided to make it an olympic distance (1,500m swim, 40km cycle and 10km run), as whilst I found the sprint an enjoyable experience, I was only getting into the rhythm and it was time to transition.

With a quiet weekend planned, other than watching the opening ceremony, I didn't have much planned. A perfect time to just take it easy, something I rarely do. In the evening I packed my kit, checked the checklist a few times and had everything ready for the morning, as it was going to be an early wakeup call at 0530 to be at Excel for 0630, to start at 0755.

After a quick coffee and some cornflakes, I made my way to Excel. I had to cycle with my kit on my back, as the DLR was not operating at that time heading east. Luckily I live local! There wasn’t any clear signage on how to actually cycle into Excel, so a group of us just made our way through by weaving around traffic cones. 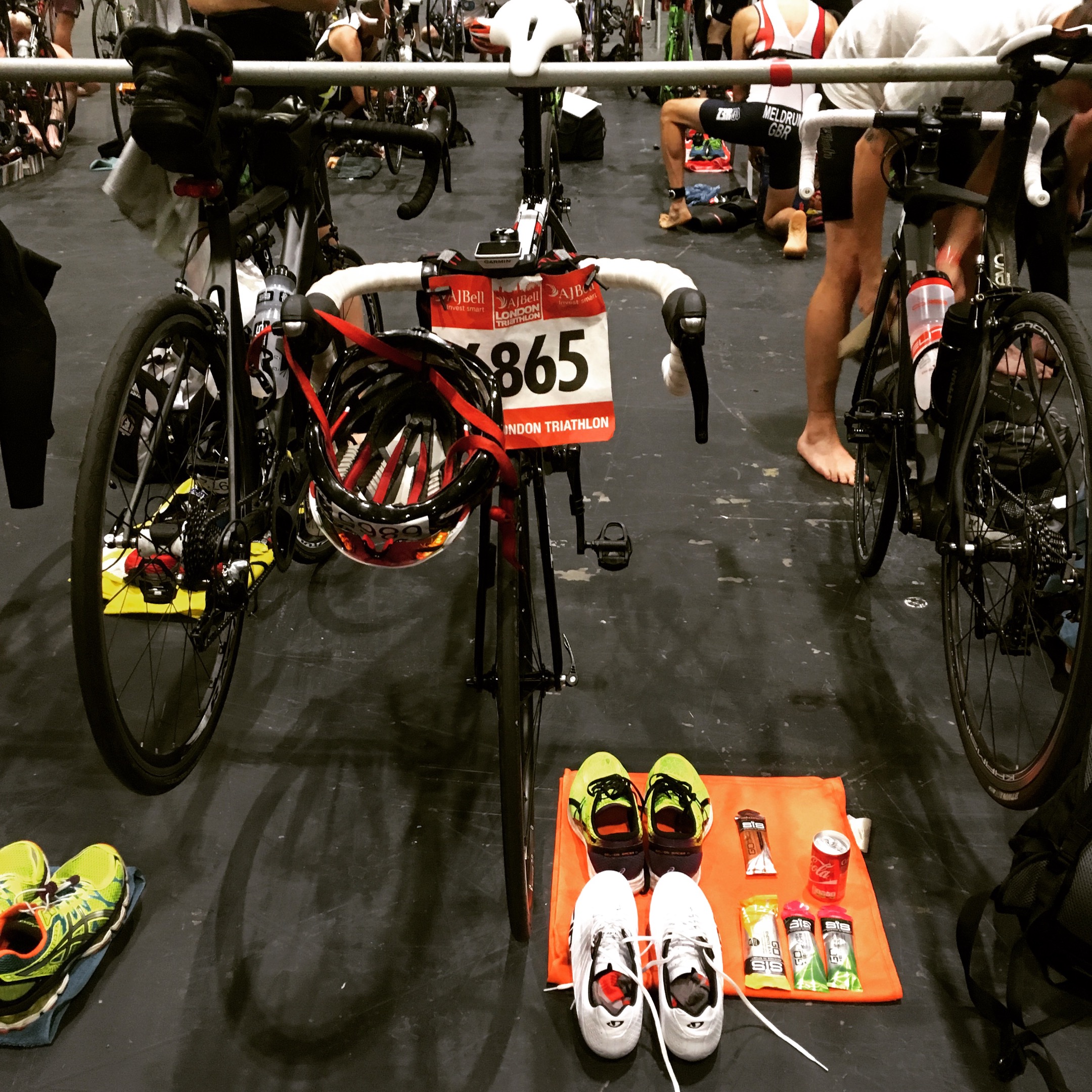 I met Anto, my tri-buddy, and we racked our bikes for transition, had one final bathroom break and had just about enough time to spare before the briefing, which was pretty quick. It was then caps and goggles on, down the ramp to the pontoon and into the water where we had to wait behind the buoys treading water. It was all pretty quick and I couldn’t see my Anto when looking around moments before the start.

It was all very sudden and we were off. I had a moment of trying to be considerate to slower swimmers in front of me but when I turned my head to take a breath, I saw all the swimmers headed in my direction, grabbed a deep breath and just went. Anyone who has seen a triathlon start will know it’s pretty much the Hunger Games. Survival of the fittest. Sink or swim…

About half way in and turning to swim back, I was feeling good. I wasn’t short of breath, nothing was hurting, so I just kept going at a nice pace. An athlete to my right kept on swimming into me, so I hung back for a moment and let them keep swimming left until they were out of my path and enjoyed the good feeling of a streamlined swim for the last 500m. Up and out onto the pontoon and I couldn’t find my wetsuits ripcord, so a marshal unzipped me. It was wetsuits off, into a bag and on to transition. 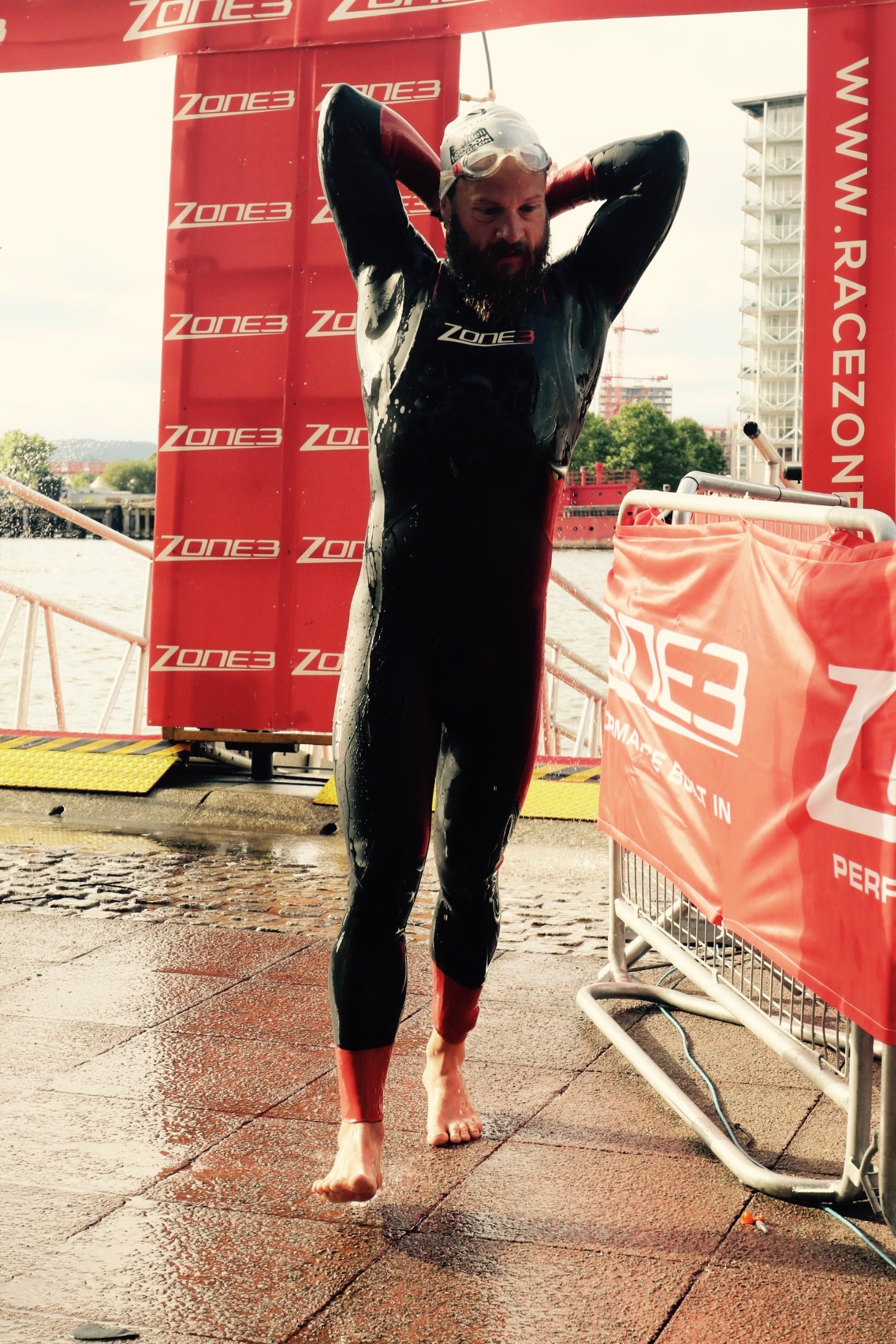 The bike leg was uneventful to start. I had an energy bar to eat but I thought it would be better to wait until I was at Westminster (about 10km into the ride) before eating some of it. In hindsight I should’ve had it earlier, as my body only seemed to wake up at about 20km and by 30km I was feeling great. Something to remember for next time… We were doing the Westminster route, which meant one lap of Westminster and one to Billingsgate. Something I think quite a few people got confused with. A guy cycled up next to me asking about the laps and it turned out he had done one Westminster and two Billingsgate turns! On the course there was only one sign I could see where it confirmed what everyone was supposed to be doing. Not great from the race organisers, especially when it’s critical event information, regardless of whether it was in the event booklet or not. 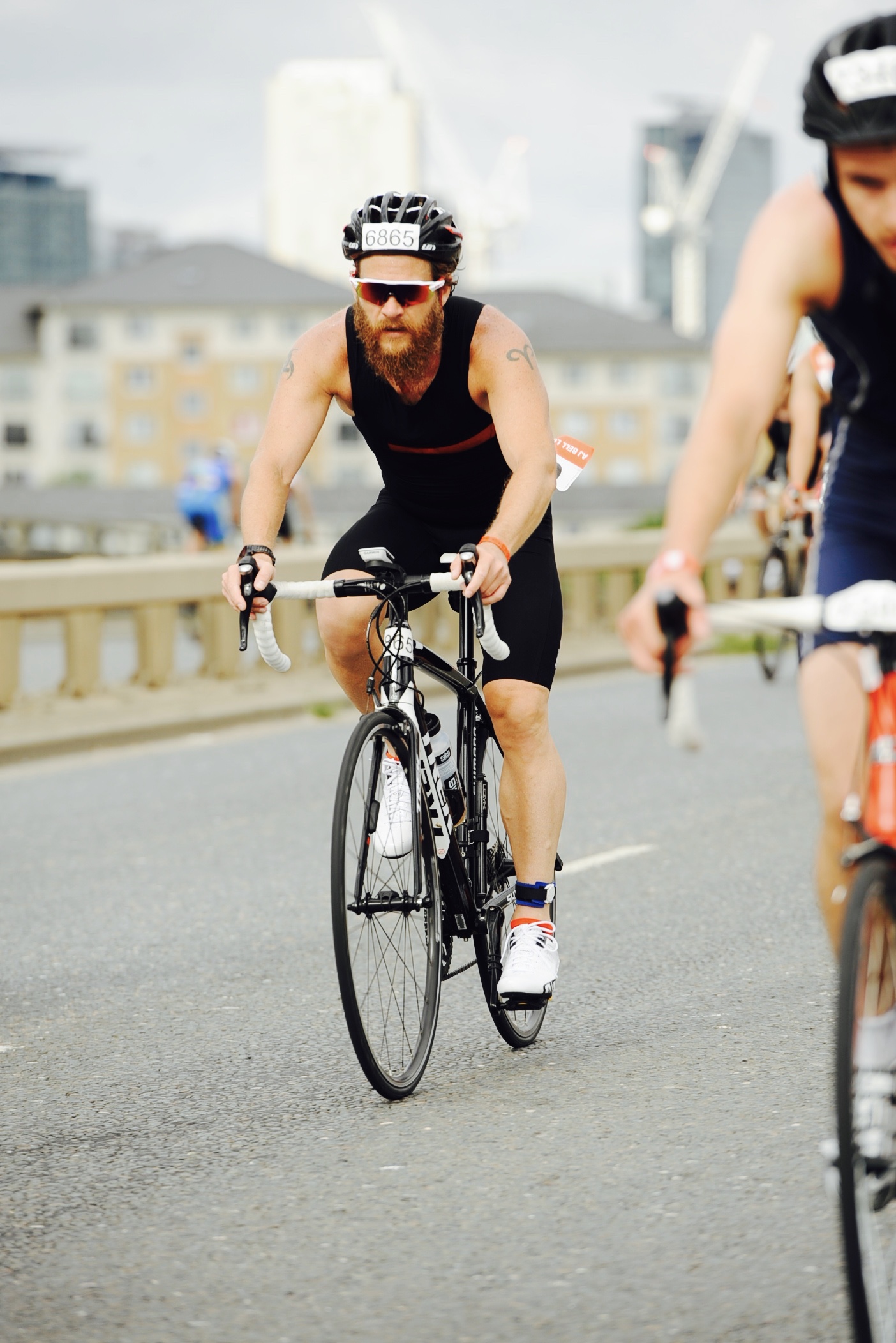 After the bike ride it was back to transition and on with my road shoes and had about half a caffeine gel. I probably didn’t need that. While I was running I felt like I was sweating carbohydrates, caffeine and electrolytes. It was only 10km and probably a bit too much was taken on during the cycle.

The run was good, if a bit cramped with other runners who had started earlier, so there were a few bottlenecks but I managed to stay to the side most of the time and pass by. Not exactly something you want to be doing on a race though. Slowing down and speeding back up only takes time and unnecessary effort. 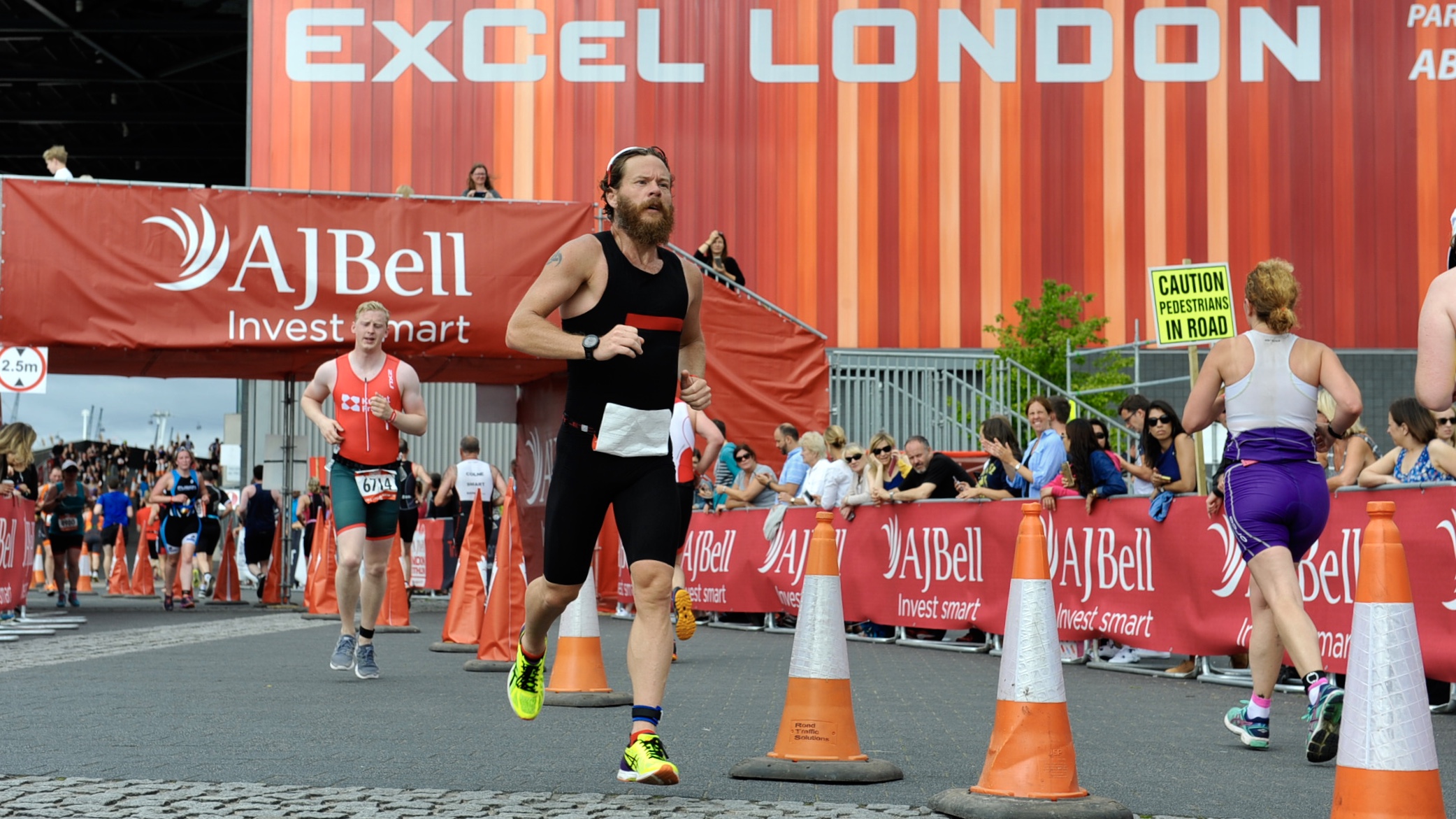 Other than that it was a great day to race and I’m glad we were able to get a relatively early start in the end, even though it meant getting up early, I was home by midday and out of the heat of the day. I noticed a sub 2:30 wave which probably meant the course was cleared for faster athletes, so maybe next time I’ll be able to get myself in there with my 2:31 time…