I’m not sure whether I have just become a little more injury prone recently or whether the epic  races from last year and some niggles I had along the way have finally caught up with me.

Training for Paris Marathon was going smoothly, in fact I had just had a pretty epic interval session when I felt something was wrong. By the end of the day it was difficult to walk and Sunday’s long run had to be abandoned after 30 minutes.

I tried to fumble through the following two weeks hoping it was nothing serious whilst on holiday but  the pain persisted and a trip to the doctor revealed that I had fractured my second metatarsal. Not exactly the thing you want to find out little over a month before you’re due to race a marathon.

I had resigned myself to the fact that I probably wouldn’t be running Paris Marathon on the 3rd of April and started to work on complete rest of my left foot whilst trying to maintain some level of exercise by swimming and cycling. Being able to focus on something else managed to distract me and two weeks later I decided to give walking a go on a Woodway Curve at gym. A week later and no real issue, I threw in some light jogging between the walk which felt good.

It was now the Easter weekend and some good weather led me to try running in Victoria Park. It felt good, really good, to be running outdoors again. My legs felt weary but I was getting my confidence back that my foot was going to be ok and would hold out for at least half a marathon at a respectable time. I was going to Paris!

I flew Friday morning, something I’ll never do again, as taking the Eurostar is so much more convenient plus saves time, dropped my bag off at the hotel I was staying at and made my way to the expo to collect my bib. The expo has grown significantly over the past few years and the main sponsors have certainly made an impact on the experience. It’s definitely one of the best marathon expos which I have been to. 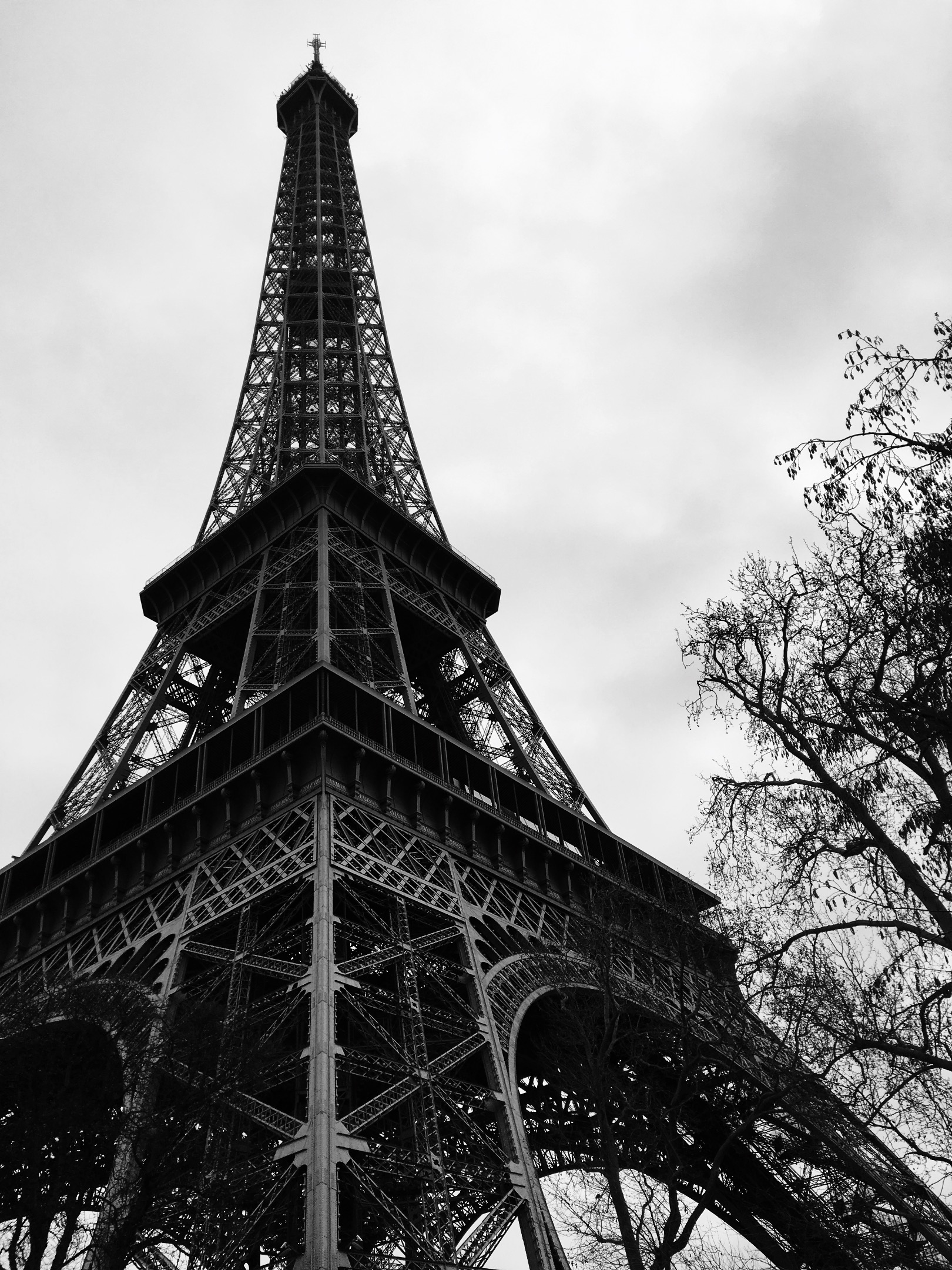 Saturday was my lazy day. I took the train to Trocadero, snapped a few touristy shots then wandered down some side streets which I haven’t been before, soaking up some of the local atmosphere. That afternoon I sorted out my kit and bag to return home, as there wouldn’t be much time between finishing and having to leave for the airport again, then watched a movie. Mostly doing as little as possible.

With minimal training under the belt, I was going to have to be sensible in my approach to running the marathon, so turned up at the start line deciding not to push myself but leave my body to decide the pace and just enjoy the day.

The kilometres flew by pretty easily. First five, then ten and fifteen. It was nearly half marathon and I was knocking back a very respectable 4:35 to 4:45 per kilometre. I passed the half at 1:38, easing off the pace a little, as my legs were going to kick up a fuss at some point about the distance I was covering with only a handful of 8km runs in the park the previous week.

By 27km I was starting to feel it. Not only were my leg muscles saying “what are you thinking?!”, it was an unseasonably warm day in Paris and the temperatures were soaring. After 30km I adjusted to a bit of run/walk, especially when passing the water points. I walked for around 15-20 minutes in total, as there was no point in doing anything stupid. I remember quite a few ambulances after 35km and another runner cramping up behind me and collapsing. I wasn't the only one feeling the affects of the heat.

The last 2km I started to feel pretty awesome again. I spotted the Tour Montparnasse and knew I was on the home stretch. The rhythm of the drummers put me onto autopilot and I just sailed home to cross the finish line in 03:34:02. 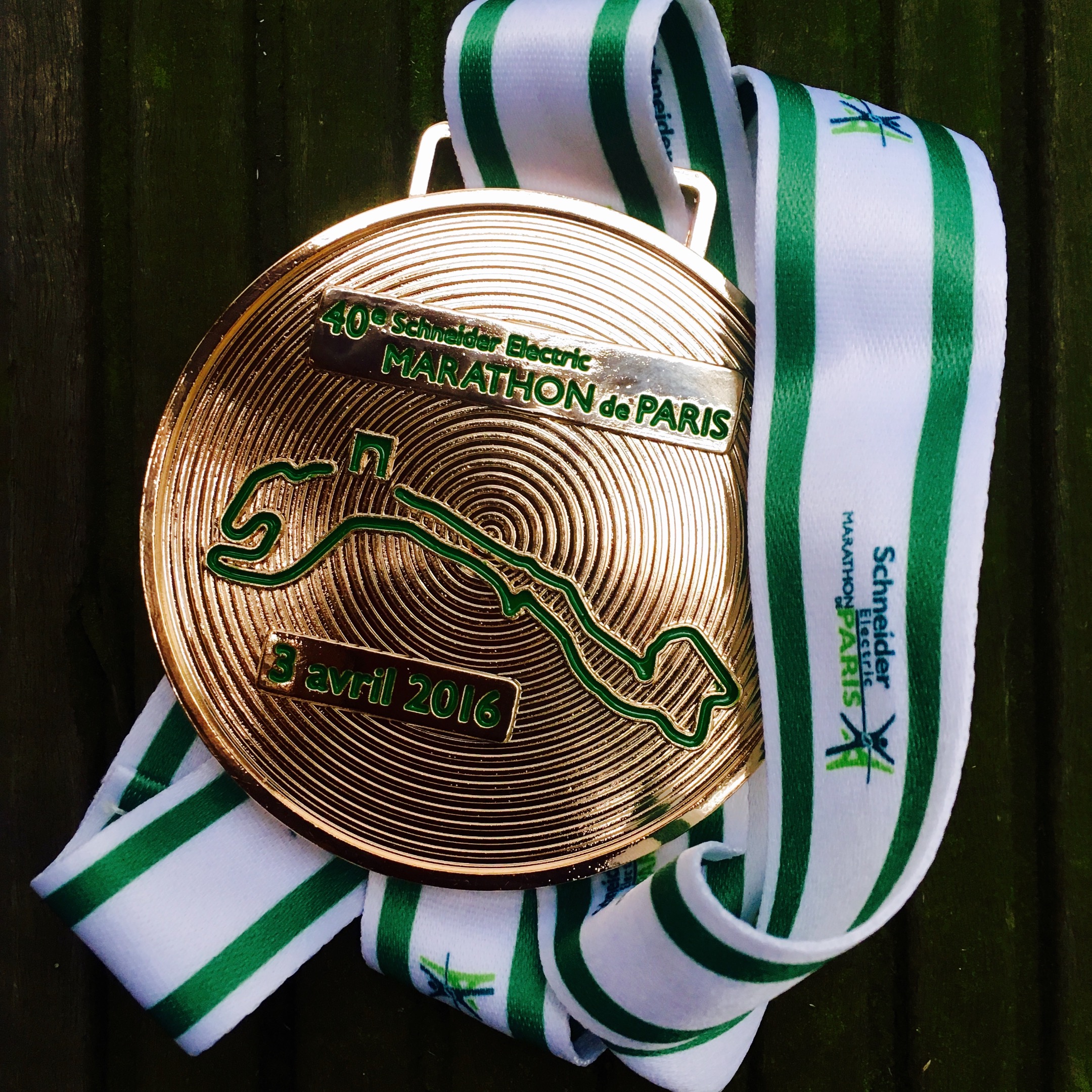 All things considered, I'm really happy with the time and I'll be back next year on top form and injury free. For now it's time to get back into training, run London Marathon and prepare for my big races of the year, Lavaredo, the Eiger Ultra Trail and UTMB.