Recovery after the London Marathon last weekend felt like it was taking longer than it should have but by the time Friday came around, my legs were back to feeling fresh and race ready.

After one final kit check and deciding to take along nearly all my running kit, it was time to try get some sleep. I woke up shortly after 4am with heart palpitations, probably when my mind had finally realised what it was going to be going through in a couple of hours. I went back to sleep after it calmed down and slept till 05:30.

I made some pancakes for breakfast, knocked back two Nespresso and took the train to Richmond, where I met Ben, then Russ and Alice shortly after on the way to race registration and kit check. I got there just in time it seems, as when I left the registration area, it was really starting to get busy.

Russ was going to be doing some testing over the course of the race, so we had a briefing of what was going to happen and took some initial readings before we made our way to the race briefing. Shortly after one final pee stop, probably due to pre-race nerves, it was time to get going at 10:00.

It was 11mi to the first aid station at Walton-on-Thames and after a quick snack of some strawberries, mixed nuts and some biscuits, it was time to make my way to meet my crew at Staines (20mi).

A group of us missed a bridge crossing by between 1-2mi, by which point the Thames Path comes to a dead end on the left bank. There was a sign indicating a ferry crossing and after contemplating heading back and seeing the ferry making its way over from the right bank, so we decided that as we’d done the distance, just on the wrong side of the river, there wouldn’t be a problem crossing. 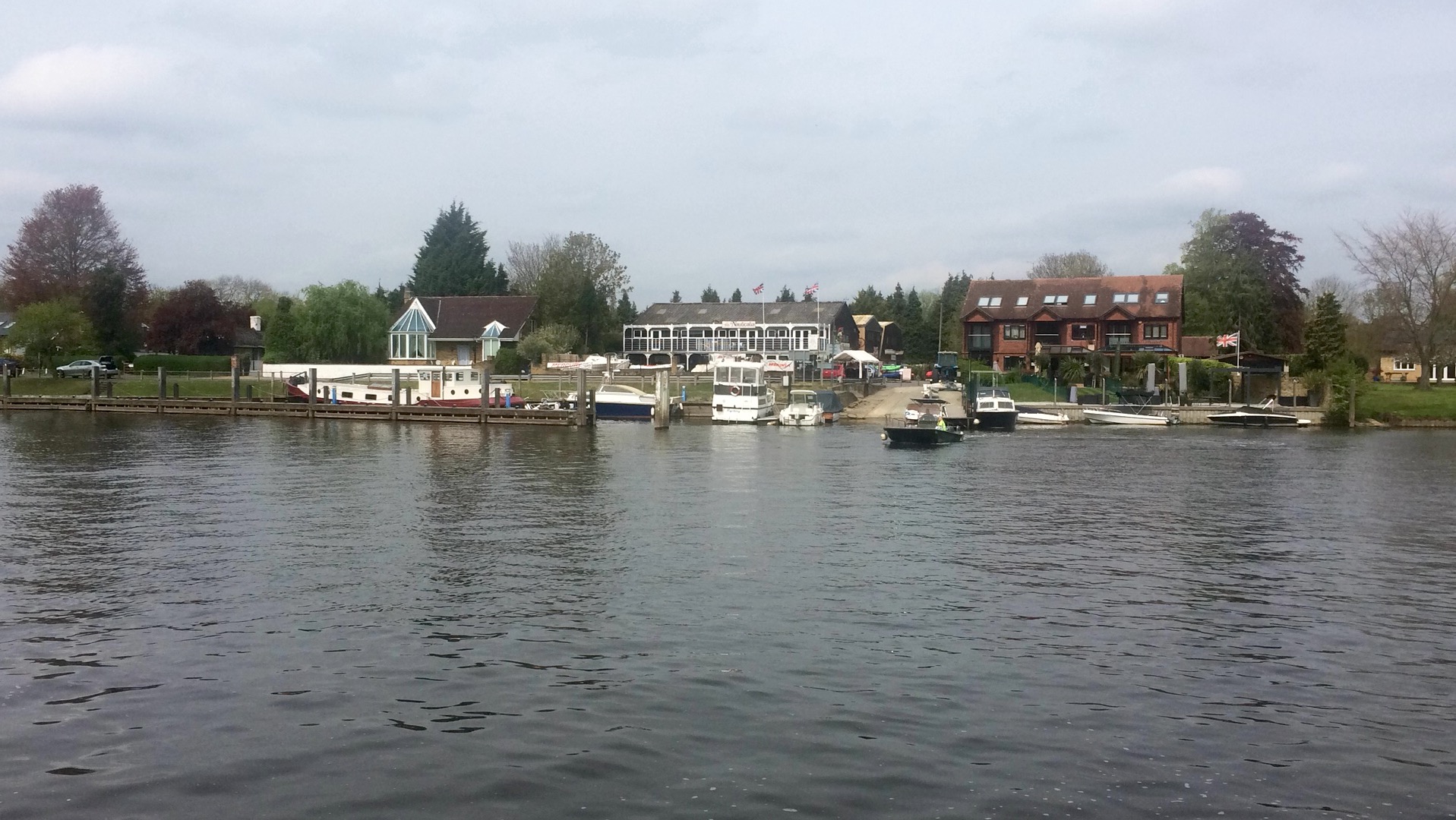 Russ did his tests at Staines whilst Ben and Alice asked me some questions on hydration and how I was feeling before giving me a rice cake, polenta slice and brownie bite and sending me on my way. With Wraysbury just around the corner at mile 22, I decided not to hang around and carried on with just a quick stop at the aid station to fill my water bottles.

I missed a bridge crossing at Windsor (28mi) where I was due to meet the guys again but luckily I realised it shortly after passing it (and spotting someone crossing the bridge). After some more tests and stocking up on snacks I headed on to Dorney, where I filled up my water bottles again. Passing Dorney, I was amused by seeing a guy perched on a Watt bike overlooking the Thames from the rowing club. Perfect view in my option.

The miles were passing quick and before I knew it I has passed Maidenhead, Cookham, Marlow and Hurley before arriving at Henley (51mi) around dusk. My legs were feeling fresh and I was looking forward to some tasty pasta and bolognaise and a cup of tea before continuing on to Reading (58mi).

I recall having to cross a bridge between fields in the afternoon but can’t remember exactly where. Cows had taken up residence either side of the bridge and were using it as a crossing. I took a chance between cows crossing and when I reached the other side the herd were a bit skittish. The only option was for me to stick to the riverbank and hope they didn’t decide to charge in my general direction. The thing with cows is that you can never predict what they’re going to do!

The journey during the daytime had been quite pleasant and we couldn’t have asked for better weather conditions, with it being cool and overcast. As dusk approached and night closed in, I passed a few barges who were having parties and evening barbecues. In Reading itself there was some festival going on, which made a change to the quiet of the trail, although it was much nicer on the solitude of the Thames Path than passing through Reading.

When leaving Reading aid station, it started to drizzle, so I put on my ashmei rain jacket, which arrived just in the nick of time on Friday before the race. I had put it on earlier when I was feeling a little chilly but took it off shortly after when I warmed up. One of the risks when going to indoor aid stations, as you quickly heat up and feel cold when you go back outside. Not only did the jacket keep me perfectly warm, without getting sweaty wearing it, I loved the added feature of the built in mitts, which meant it wasn’t necessary to wear gloves. The jacket remained on me for the remainder of the evening and at no stage did the drizzle and rain permeate through the jacket, so it’s a real winner in my books. 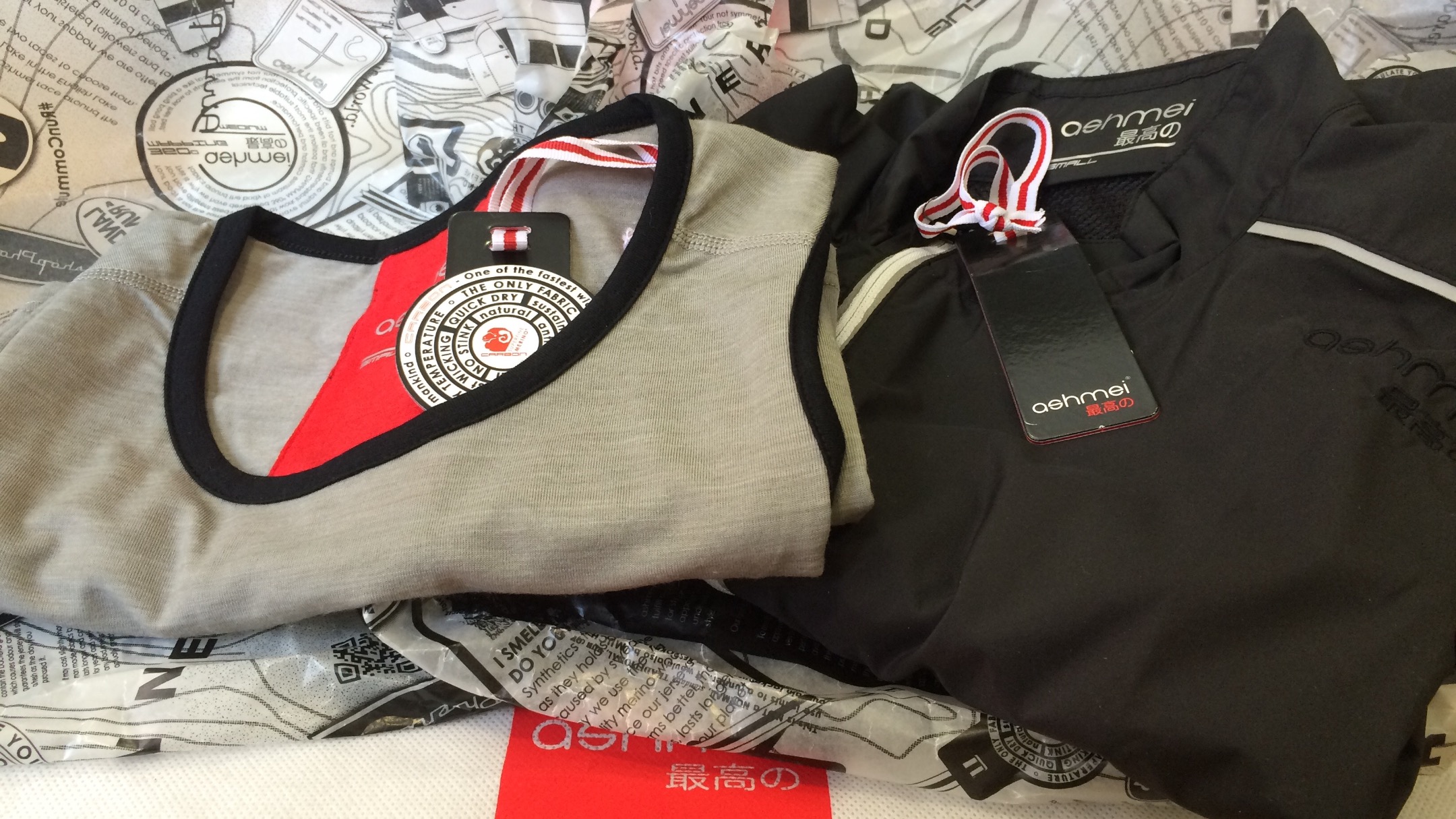 At Tilehurst, I remember having to climb up a seemingly endless set of stairs at the station to go along Oxford road for a short bit, only to cross back onto the Thames Path shortly after. After complaining about the route being very flat, I quickly shut up.

I met the crew again at Pangbourne and had messaged Ben along the way about a problem I had been experiencing with the tendons on my left foot. I had loosened the laces of my shoe to account for swelling in my feet and the pain was persisting, so I swapped them for my triathlon shoes (with their bungee cables) and felt instant relief. I was still doing good time and my feet were feeling great again. It was just a short jog down the road to Whitchurch aid station, where I had a lovely cup of tea before heading on to Goring.

Those 4 miles between Whitchurch and Goring felt like they took forever. The trail had changed from flat to undulating, which made it more interesting but wearing my low profile shoes didn’t do me any favours at this point. What I really needed was support and structure! By the time I reached Goring my right foot had started to hurt, whilst my left had recovered well.

I had a pep talk with Ben and started on a 5min run, 1min walk to help my feet recover a little but about halfway between Streatley and Wallingford things fell apart and what had started as a minor pain focussing on the tendon of my right big toe quickly escalated to something far worse, to the point that I was stumbling through a field at one point, as my balance was a bit off.

Walking had given me time to process the situation and I decided that I had a great experience, learnt a lot and it would be best for me to call it a day. Before handing my bib in at Wallingford, we did one last set of tests, at which point I realised that I could’ve probably done with warmer clothes on the last stretch but then I hadn’t anticipated walking for such a long stretch.

Would I do it again? Absolutely. There’s something calming and therapeutic about going out and just running. I enjoy the silence, nature and concentrating on the “here and now”, only hearing the sound of your footsteps and your existence confined to the pool of light created by the beam of your head torch. You realise how insignificant you are when that light goes out!


To Ben, Russ and Alice, your support was truly invaluable and in those last few miles I was cursing myself for letting you down. I couldn’t have wished for a better crew!

A few things I learnt along the way:

Sometimes things don’t go to plan and it’s these experiences we learn from.